Why did Elon Buy Twitter? His Reason Behind Spending Whopping $2.9 Billion

Elon Musk recently bought a huge portion of Twitter. According to the report, Elon owns 9.2% of all Twitter shares which makes him the company’s single largest stockholder. According to a regulatory filing dated April 4th, 2022, Musk possesses 73,486,938 shares of Twitter common stock. It is depicting 9.2% of the social media platform’s common stock. He would have to actually pay $2.89 billion. This is a truly interesting purchase to hold a majority stake in a social media app that stats in the top five in the social media space. How much influence does Elon Musk impose on Twitter?

Musk’s Twitter stake is classified as a “passive” stake. It indicates that it tends to fall just short of the 10% threshold. A 10% stake is required to be considered as an “active” or “activist” shareholder. Passive shareholders, on average, do not try to assert much influence over a decision.

Tuesday, Parag Agrawal twitted that Musk could gain support among the company’s other board members. So he added, “he would bring great value to our board.”

I’m excited to share that we’re appointing @elonmusk to our board! Through conversations with Elon in recent weeks, it became clear to us that he would bring great value to our Board.

“He’s both a passionate believer and intense critic of the service which is exactly what we need on Twitter, and in the boardroom, to make us stronger in the long-term”, Agrawal added.

Dorsey has twitted by showing his support for Musk as a board member, “I am really happy Elon is joining the Twitter board. He cares deeply about our world and Twitter’s role in it. Parag and Elon both lead with their hearts and they will be an incredible team”.

Looking forward to working with Parag & Twitter board to make significant improvements to Twitter in coming months!

So here we can definitely think about the possibilities to know why Elon Musk bought Twitter:

Twitter has increased its efforts to eradicate the issues related to false information, violent or inciting speech on its social platform. It is even prohibiting users who violate its policies including former President Donald Trump. Musk, on the other hand, has criticized Twitter openly griping about regulators attempting to “chill” his possess the right to speak freely on social networks.

Musk has not yet clarified what moves he would really take to enhance freedom of speech on this platform. His recent tweets suggest that he may utilize his new position to propel against the company’s content moderation policies and enhanced efforts to remove users who contravene Twitter’s guidelines.

Musk set up a Twitter poll in March inquiring the following question: “Free speech is essential to a functioning democracy. Do you believe Twitter rigorously adheres to this principle?”

What should be done? https://t.co/aPS9ycji37

More than 70% of informants ended up voting “No”. It urged Musk to respond with a tweet stating that Twitter “fundamentally undermines democracy”.

As Twitter is a private company so it is free to control the content revealed on its platform without offending anyone’s right to freedom of expression. Musk has proposed that Twitter’s algorithm are becoming “open source” to promote transparency. Dorsey has previously affirmed this idea, so it may gain popularity among Twitter’s board members.

Musk’s first tweet after officially joining Twitter’s board was a suggestive one. In that tweet, he created a poll. The question was to ask Twitter users if they want an edit button or not. The answers are managed to misspell, with “yse” and “on” instead of “yes” and “no”. It emphasized his idea to modify a tweet once it has been posted. Twitter’s current CEO, Parag Agrawal, immediately supported Musk’s poll by retweeting it.

Do you want an edit button?

Introducing an edit function to the platform is not quite so simple. Twitter co-founder and former CEO Jack Dorsey have stated it previously that the company will “probably never” add an edit function.

Dorsey argued in a video Q&A with Wired in 2020 that the social network began as a text messaging service. Text messages cannot be edited after they are sent. It’s also ambiguous to draw the function of an edit button. Will retweets change if the original tweet is changed? Would it be possible for users to edit tweets continuously?

On April Fools’ Day, Twitter sent a prank tweet to show how they were functioning on the situation to add the edit button.

Musk truly knows well how to get benefits from this platform for his businesses. He has previously used this platform to push his businesses, acquisitions, and ideas. He is almost everytime in the headlines as his name itself is a brand. That’s why he utilizes this prestige to advertise his businesses and completely erase the need for advertising and marketing. His own Twitter account is serving as Tesla’s primary advertising platform. A single tweet from Tesla CEO Elon Musk can generate massive media coverage. This is enough to get global attention.

In comparison to other vehicle brands, Hyundai spent $2,000 on marketing and advertising per vehicle supplied. At the same time, Tesla spent only 14 cents according to the report posted by Newsthink.

If we mark the actual comparison regarding the followings then Elon Musk’s following exceeds by millions. He currently has 80.9 million followers, while Hyundai USA has 409,000, Honda has 1.1 million, and Volvo has 230,600.

Let’s see the case of Dogecoin. In 2020, Musk tweeted a picture of a cloud of dust with a Shiba Inu face (representing Dogecoin) taking over a city (which represented the global financial system). This single tweet caused the currency’s value to skyrocket by 20%. This confirms Musk’s Twitter feed has power. 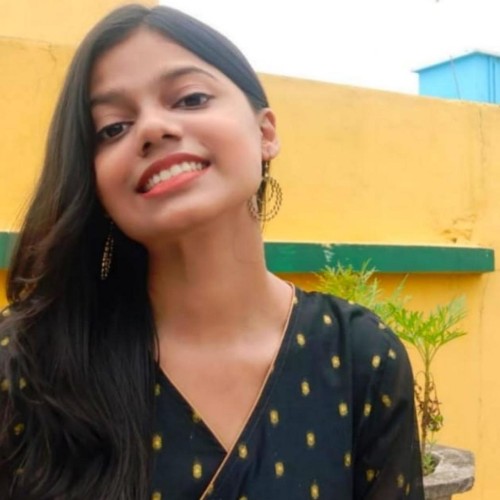 Swornagni Nayak
A tech enthusiast who loves to study new discoveries and technologies.